TAKE PART IN THE ONLINE EVENT 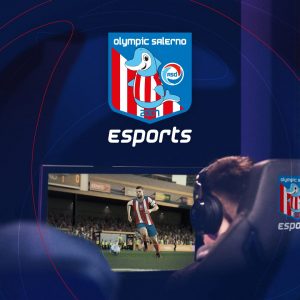 Speaking about eSport today – or the so-called competitive video game, based on tournaments, which sees players from all over the world clash against each other or in teams – it means framing a phenomenon that has revolutionized our time, both from an economic point of view – whose earnings are close to those of the more moneyed traditional sports – both from the point of view of the cultural and social impact they have on sport and our contemporaneity – just think that a former competitive player like Pow3r is today the testimonial face of Adidas Italia, or rather a clothing brand conceived as a sportsman tout court, or that there are discussions on officially introducing eSports among the Olympic disciplines starting from Paris 2024, to understand the deep permeate of this sector today.
However, scratching for a moment the surface of the videogame intended as an interactive medium, in reality the life of the competitive gamer follows a rigid and profound program that allows them to be assimilated to that of “traditional” sportsmen: training, physical and mental health and nutrition are all elements able to make the difference today between the casual gamer and the professional ePlayer, strongly configuring the dimension of the phenomenon. Similarly, various sports teams are orienting part of their core business by introducing eSports within their activities, both by building ad hoc infrastructures for the needs of these virtual sports, and by setting up real teams able to compete in virtual tournaments often built along the lines of traditional ones (for example, the companies of the main football leagues now also have an esports team that competes in the reference virtual leagues).
Thanks to the support of the sponsor Casa Olympic we will tackle this very central theme today, shedding light on the dynamics that eSports bring to light both in their competitive dimension, and in the life and habits of the athletes who engage in it, and we will do it by meeting Emiliano Di Gianni, professional ePlayer of the U.S. Salernitana 1919 eSports, or the “virtual” counterpart of the U.S. Salernitana 1919, together with Mario Petillo, video game and sports journalist.

Emiliano Di Gianni born in 1995, born and living in Salerno is a great fan of Salernitana, so much so that he has not lost a game at the Arechi Stadium for over ten years. He is a Pro player and streamer of the NoLimits Melagoodo team. DiGianni boasts a TOP 32 at the FIFA Global Series Playoffs in Amsterdam in 2018. In 2020 he qualified for the selections of the FIGC eNazionale for the Xbox platform and participated in the FIFA eClub World Cup. In 2021 he reached the top 16 at the tournament of the eNational FIGC.

Among the most followed Italian players on social networks with about 30,000 fans on Twitch (twitch.tv/digianni) and 25,000 subscribers to the YouTube channel.

Mario Petillo was born in 1990 in Salerno and lives in Milan. He wrote and directed the short film ‘Le coppie hanno i baci contati’ (2015), he made videos for the web on football, commercial and social spots, and was a finalist at the Solinas Award with the web series ’02: 37 ‘( 2016). From his debut novel, ‘James Hook – Il pirata che navigò in cielo’ (Scatole Parlanti, 2019; Poliniani, 2022) he sold the rights for a film adaptation. He was curator of the choral essay ‘Emozioni da Giocare’ (Poliniani, 2021) and author of ‘The Concert Feature – La Fantasia di Disney’ (Poliniani, 2022), his first graphic novel. Lecturer at the MICA master of the Università Cattolica del Sacro Cuore of Milan, in addition to having taught in other academies and high schools, he has been working in the videogame industry for 15 years: he was director of SpazioGames and Communication Manager of 3DClouds, taking care of the launch of All-Star Fruit Racing and Xenon Racer, as well as having held the role of juror for two consecutive editions of the Italian Video Game Awards. He is currently PR Manager of Stormind Games, the Italian studio author of the Remothered and Batora: Lost Haven series.